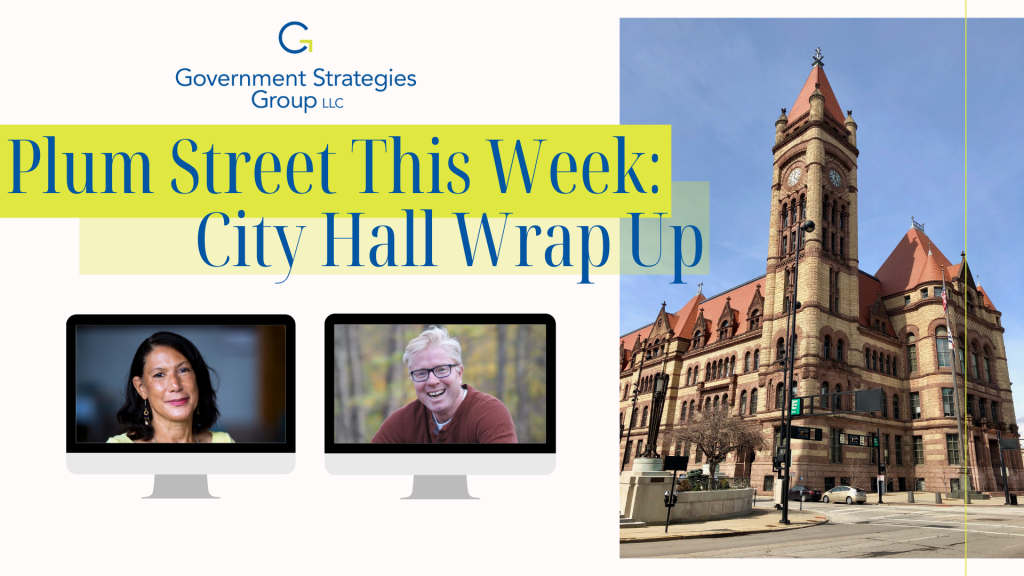 Both emphasized the importance of building safer communities, particularly by improving pedestrian safety. Jeffreys identified community safety as a core function of local government, stating, “We might have the best parks in the world, but if we can’t walk safely to them, it doesn’t matter.” Kearney says that community councils need to work with their neighborhood residents and the Department of Transportation and Engineering on solutions, such as addressing speeding and identifying streets that need calming.

Another aspect of building safer communities is addressing gun violence. Kearney says that there have recently been more gun-related incidents involving youth and has advocated for jobs and summer cadet programs to encourage positive youth engagement. Jeffreys states that the police play a key role in protecting the streets, and that the Cincinnati Police Department’s recent efforts are worth recognizing. Although shootings and homicides are up, overall violent crime is at a ten-year low in Cincinnati.

Kearney and Jeffreys also discussed the role of community engagement in creating safer communities. As chair of the Healthy Neighborhoods Committee, Kearney focuses on working with community councils.  She says that her committee has been meeting in different neighborhoods to build a better relationship between City Council and neighborhoods. Jeffreys advocates for a community-oriented approach to policing: solutions for neighborhood safety must be done with communities, rather than to communities.

Another priority for Kearney and Jeffreys is the environment. Jeffreys and Kearney both said that air quality has a significant impact on the city, especially communities of color. Asthma rates are 4x higher in the city than in surrounding rural areas and Cincinnati has the 11th worst air quality in the country. Kearney pointed to tree canopies as one solution for high asthma rates and hotter conditions in Cincinnati. Because much of Cincinnati’s air pollution comes from transportation, Jeffreys plans to prioritize investments in public transportation and bike infrastructure. He also says it is important to address climate change because it affects Cincinnati’s ability to grow economically; young people and businesses want to live in and expand to cities that are clean, safe, walkable, and bikeable.

Kearney discussed the need for lead pipe replacements, which have been a prolonged issue in older homes throughout Cincinnati. She also addressed littering and dumping laws, saying there needs to be high fines and better enforcement to clean up neighborhoods. She also spoke about the Lincoln Heights Gun Range and the negative impacts on the environment and surrounding communities. Council has been working since 2020 to move it, but the process is still underway.

Like Councilmember Reggie Harris in his conversation with GSG two weeks ago, Kearney and Jeffreys emphasized the need for affordable housing. Jeffreys says that our current affordable housing stock is highly concentrated and there is not enough housing for the growing population. Kearny discussed the importance of homeownership, stating that Cincinnati is behind the rest of the country. She also highlighted the importance of owning a home in building generational wealth, especially for communities of color. The night before Kearney spoke to GSG she hosted the second homeownership workshop, with more than 120 people in attendance. Council has also focused on funding the American Dream Down Payment Initiative to support low-income people and address racial disparities in homeownership.

Councilmember Jeffreys spoke with GSG the week after a density ordinance failed. Though he voted against the ordinance, Jeffreys says that he plans to work with his colleagues on Council and neighborhoods on necessary zoning reforms to encourage equitable growth. Jeffreys also addressed recent developments in Cincinnati, such as the new Macy’s downtown. He says that developments create more living opportunities, which will hopefully fuel residential growth downtown. Kearney says that Council is looking into ways to help smaller developers, particularly minority groups.

Stay tuned for the latest updates on our next Plum Street This Week.