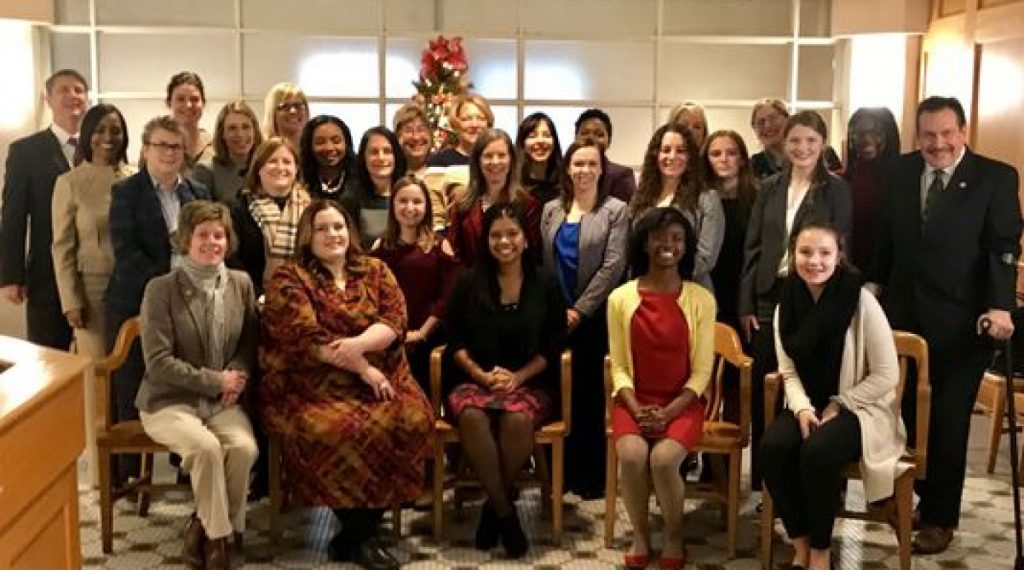 Hamilton County Commission on Women & Girls: A Year in Review

In the 1990s, when Hamilton County Commissioner Denise Driehaus served on the Cincinnati Recreation Committee, her daughter was in grade school and played softball.

Only there were no fields for the softball teams – the girl’s teams – available.

Turns out boys baseball teams reserved all the fields, even ones they didn’t use, just in case they needed them. Driehaus explained to recreation department leaders that unintentionally shut girls out.

Driehaus solved that problem and today, as only the second-ever female Hamilton County Commissioner, she is still advocating for women and girls.

Last year, she spurred the creation of the Hamilton County Commission on Women and Girls, which is fresh off its first set of recommendations.

The Women and Girls commission’s ultimate goal is to achieve pay equity for women and to promote women into leadership positions.

The commission, which was started with unanimous support from the Board of Commissioners, kicked off this year with 30 members, including nine girls between the ages of 10 and 17.

The first year of work yielded eight recommendations, including:

It’s not as easy as waving a magic wand, especially since much of the fixes are out of the county’s control. But there is progress, Driehaus said. Out of the commission, there is a movement to make county boards reflect the community, and the county has ended the practice of asking women applying for jobs what their previous pay was.

The City of Columbus has a similar commission called the Columbus Women’s Commission, started in 2016. Out of it has come, The Columbus Commitment: Achieving Pay Equity, a plan that calls on businesses to become educated about pay inequity and work to end gender and race-based disparity. So far more than 175 employersin Central Ohio have signed the pledge.

Driehaus praised that program, but said that before starting a pledge like that here, she’s looking at pay equity in county government.

“The data shows women in Hamilton County are still facing tremendous challenges in achieving pay equity, especially for women of color and low-income earners,” says Katy Crossen, Women and Girls commissioner and co-chair of the Economic and Pay Equity subcommittee. “We know women and girls in our community won’t experience a windfall overnight, but this inaugural year was about planting seeds that will lead to real change. Women deserve more, and the Commission is determined to implement strategies that will achieve powerful results.”

Driehaus said her proudest moment came when she heard Claire Wagner, a 12-year-old girl who is a commission member, respond to the comment, “Maybe, you could be a county commissioner someday.”

Claire answered, “That would be fine. But I think I would rather be president of the United States.”

“This is why we’re doing this,” Driehaus said.

The Hamilton County Commission on Women and Girls is accepting applications for members through Monday, Nov. 26. Apply here: https://bit.ly/2AaXH5f